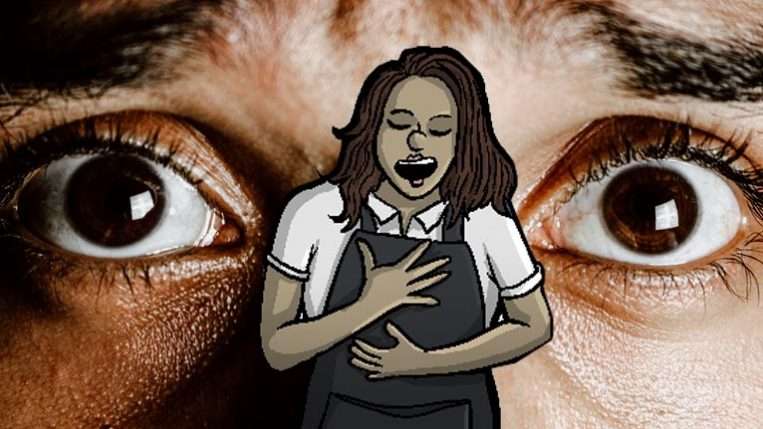 Maybe I’m just incredibly immature, but nothing amuses me more than inflicting the stench of my farts on my co-workers.

This one particular day my friend Chris working alone down the toilet paper aisle. I’d already spent much of the morning crop dusting the store, but I knew I’d still be able to muster a special one just for Chris.

For flair, I decided the best method of delivery would be to skate down the aisle at full speed on a pump truck. A drive-by tooting, so to speak. If all went well, I’d be able to deliver a precisely timed sniff of death at nose level and be gone before he knew what hit him.

Unfortunately, it did not go well.

Just as I approached Chris, with my arse primed for action, I let rip with full force. Usually what would follow would be a sound not dissimilar to someone tearing a phone book in half. But instead, it was nothing more than a muffled “Phrrrrrrrhhhhp” followed by the tickle of something rolling down the back of my trouser leg.

Horrified, I circled the end of the aisle away from a confused looking Chris and gave my trouser leg a little shake. Then out rolls a large, yet perfectly round sphere of poop.

Overcome with panic, I rushed to the toilets to perform an examination, but several wipes confirmed that I was as clean as whistle. Was it really a poop? Is it possible to launch a perfectly spherical nugget without leaving a trace? I needed more information.

Rushing back to the scene of the crime, I was confronted by the cheery smile of Laura the cleaner as she rolled her floor scrubber over the area I’d just soiled. I thought for a moment that might be the end of it until I spotted a perfectly straight brown line emerging in her wake. Almost like she was painting new traffic lines on a road of freshly laid tarmac.

At that point, I could have just walked away. There was ample time to make a swift exit. I didn’t even need to say anything. So it still bemuses me to this day why I decided to shout out “I think you just ran over some someone’s shit”.

Without a moment of hesitation, Laura shuts the machine off and gets down on her hands and knees with a sponge and starts cleaning up the skid mark. Meanwhile, I just want there and watch her, like some kind of monster as she tells me how she doesn’t get paid enough to deal with this kind of thing.

If you’re reading this, sorry Laura! I’ve since introduced a healthy amount of fibre into my diet and have thus far avoided defecating in public since.