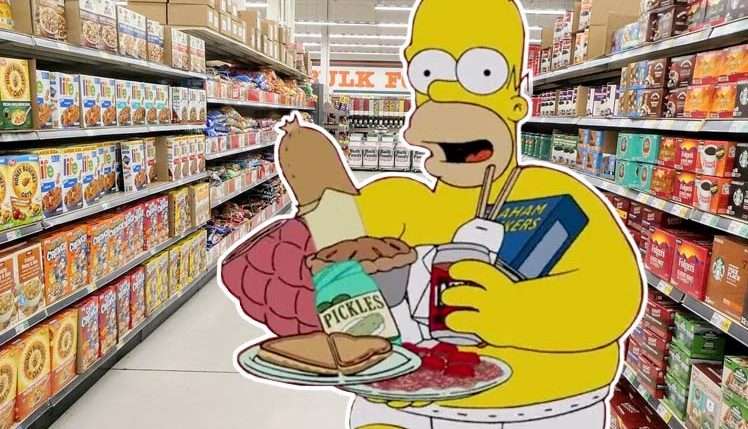 I worked on a delicatessen counter. Some customers had this weird habit of eating what they had just ordered at the counter. One family really took this to the extreme though. Every saturday morning, a big heavy guy with a ponytail, his petite wife and their two terrible, loud kids would rock up to the counters and ask for some slices of turkey. The minute they got hold of the wrapped bag of turkey I prepared for them, they ripped it open being vaguely careful not to rip the barcode on the sticker, and started noshing on it, tossing some to their kids and making appreciative noises and grunts before turning back to me and ordering something else!

By the time they ordered the second thing, The empty bag of turkey I had just served them was consigned to the empty packages of food on their trolley they had already devoured. The checkout girls would talk about how they would scan handfuls of empty deli bags whenever this family came by.

What really took the biscuit (English expression) was when they started combining foods. They squirted some mayonnaise on their slices of turkey, wrapped cocktail sausages in smoked ham. This is when the store manager stepped in and told them this is not an all you can eat buffet, putting a stop to this madness. I was sure if they would have carried on they would have turned up with a table and chairs, a full set of tableware and cutlery, and invite their mates for a full on impromptu dinner party in the middle of the shop floor!

We're not friends, I'm being paid to be nice to you

Ever had one of those customers who think you're best buds now because you happened to ask them how they are?