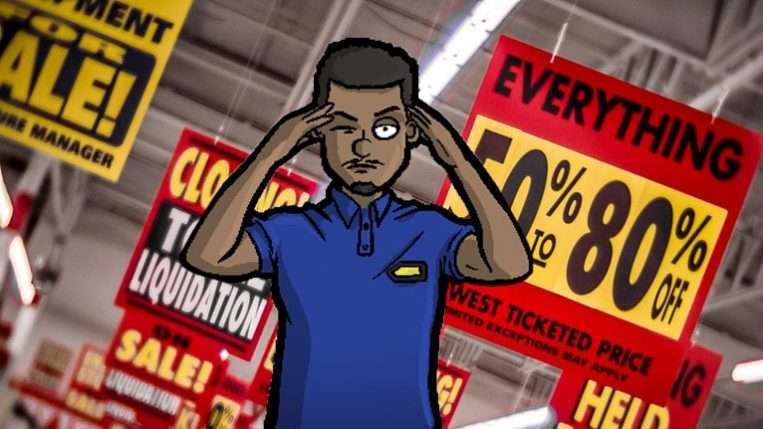 At Waitrose we had a middle aged couple who would come into the store 5 minutes before closing time looking for bargains. I’m sure you know the type, but these two were something else. They were certainly not amateurs, they were like something between apex predators and commodity traders (as they seemed to know the price of everything, and what discounts they could get), moving fast and quietly, scanning the shelves and counters for their prey.

They would come at the same time every single evening without fail, and one thing I observed is that they had their plan of attack down to a tee. They used the same route every evening. The female of this species (I was sure they weren’t human) would head straight for the bread section followed by patisserie. The male would cast a beady eye across the deli and meat & fish counters before heading to the fresh food aisle. No hello’s, no pleasentries, nothing to distract from the hunt for bargains.

When they found something with a red reduced tag they would momentarily stop. You could sense the thought process going on in their heads – *Does that reduction equal 90% off? there’s two honey and mustard chickens left, they don’t sell well on thursdays, I’ll wait until one minute before closing time, then offer to buy them both for 5p each, save myself 10 pence. I’ll hang around the olive counter, that way I’m ready to jump in with a swift elbow to the kidneys if someone looks like they are about to buy them*

This isn’t even that much of an exaggeration, admittedly they didn’t resort to violence, but they did have a habit of checking the reduced prices of items like fresh chickens that need to be sold by closing time, and if the price wasn’t low enough they would come back 2 minutes later to see if we had reduced them further.

They really were shopping in the right place though, as it was company policy to sell at any price if something was heading for the bin. Kudos to them though, the savings they were achieving from their absolute determination must have been staggering. It was quite rare that they would buy anything over ten pence, their yearly food budget would probably come to less than a tenner.