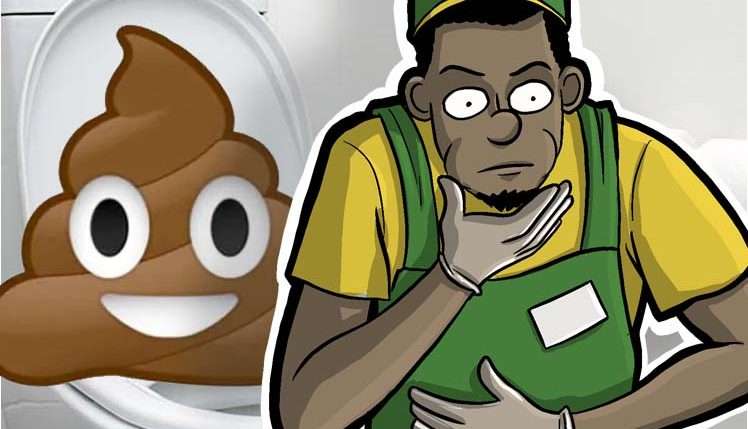 We all have regular customers that come in at least once a day right? There’s a lot of apartment buildings surrounding my store so customers just walk on over. There’s one middle-aged man in particular who comes about twice a day, when he asks a question he sounds like he’s upset and likes to yell at us. Ok, we deal with that daily, it’s irritating but easily able to brush off.

After 2 years of this man coming to the store daily, yelling at me and my employees, he decides to take a poop right at the register all of a sudden. It runs down his leg and all, and he stands there and says “you’re gonna need to clean that up”. Obviously this is disgusting, my cashier wanted to throw up, the customers in line just left upon seeing a man pooping on himself with no shame at the register.

Just as calm as can be like he’s been pooping on himself in public for years, but this is the first time ever at my store. So the girls clean it up and yes it’s horrible for them and not in the job description to clean up a grown mans dooky on the floor. So I poop you not, 4 days later he poops on himself again, right at the register and again, calm and collective, pays what he owes and walks out with his poopy shorts and left more dooky on our floor. A week later he does it again!!!

At this point, I had not been there for a few of the poops this man left but I’m ready to ban him from the store next time I’m actually there.

So if he decides to take a dump on our again. I believe I’m completely right in banning this man after so many dumps on the floor as it almost appears like it’s on purpose and he enjoys walking back to his apartment with dooky running down his legs. I don’t even care if he claims and comes with a doctors note saying he has IBS, he’s banned indefinitely the next time he dookys on my damn floor! There will be no justice or peace for this poop dumper, he’s going to have to walk a bit farther in his own feces now because the doors are closed for all grown ups who poot on themselves consistently!

Can I Use Your Restroom!?

The most irritating questions I get asked daily, where's the restroom? Can I have the key to the bathroom?

When a fart goes wrong

Maybe I’m just incredibly immature, but nothing amuses me more than inflicting the stench of my farts on my co-workers...