Here’s a word of advice to retail workers who are closing up shop, especially if they are doing so 15 mins early. Make sure there are no customers still lingering in the store before you activate the alarm and close the doors! 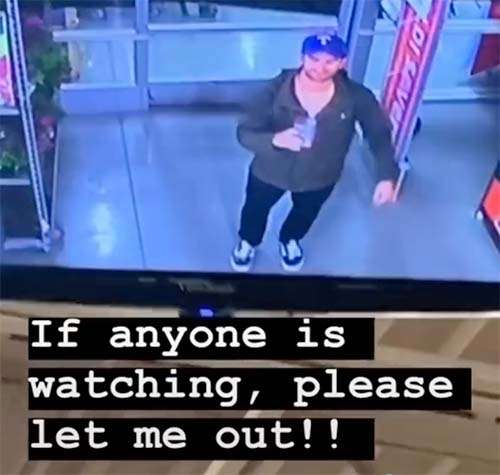 In this case a customer who is a TikToker who goes by the name of Khaos Blackmetal found himself stuck inside an Aldi. He saw the funny side though, making a video of his predicament, joking that he doesn’t “have to worry about starving to death, because there’s plenty of food”

He later reached for the wines, with the caption “Upgrading to wine since I feel like I own the place”

@khaosblackmetal During the pandemic, Aldi closed early and the cashier neglected to make sure no customers were left in the store. #youhadonejob #911 #trendingnow ♬ original sound – Khaos Blackmetal

Khaos called the police, and the “dispatcher got a good laugh” he was told to stay there until the store manager arrived.

He added “I still shop at Aldi and there are no hard feelings.”

Clothes are NOT essential